Christmas City Tartu returns this year with a skating rink, aquariums, a poetry bank and an ice cream pavilion

For the second season in a row, the city of Tartu will build a 1000-square-metre skating rink on Town Hall Square, the construction of which will begin this Wednesday. Along with the skating rink, the now traditional Village of Light will emerge on Town Hall Square, which is set to be completed in full by the first Advent Sunday. The Christmas tree will arrive in the city centre on 16 November.

For the first time ever, officers from the 33 Armoured Engineer Squadron of the NATO Battlegroup will be volunteering to help with the construction of the Christmas City. In addition, specialists from Finland, young people from Tartu Vocational Education Centre and the Military Academy and the employees of OÜ Giga Investeeringud and Ehitustrust AS will be working on the construction site.

Returning to the Village of Light will be coffee and gingerbread vendors, sleigh rides and ponies, the classic straw house, an animated film pavilion, fire cauldrons and wooden animal carousels. New additions include an aquarium built in cooperation with the Limnology Centre of the Estonian University of Life Sciences inhabited by fish from Estonian rivers and lakes, an ice cream pavilion, a poetry bank (ATM) that issues poems instead of cash, the Tartu Health Care College pavilion and the UT Tartu Observatory Mars rover house. Individual glass pavilions will be furnished by theatre artist Laura Pählapuu, artist and designer Martin Rästa and the children of the Tartu branch of the School of Architecture.

The pavilions of the Village of Light will be waiting for Tartu residents and visitors during their holidays from 28 November to 9 January. Like the previous season, the skating rink by the ‘Kissing Students’ fountain will remain open until the end of February.

The programme includes a number of events, which may or may not occur depending on the spread of the coronavirus and national restrictions.

In addition to OÜ Giga Investeering, Saint Gobain Eesti AS/BU Baltiklaas and Palmako AS will continue to be major sponsors of Christmas City Tartu this year. 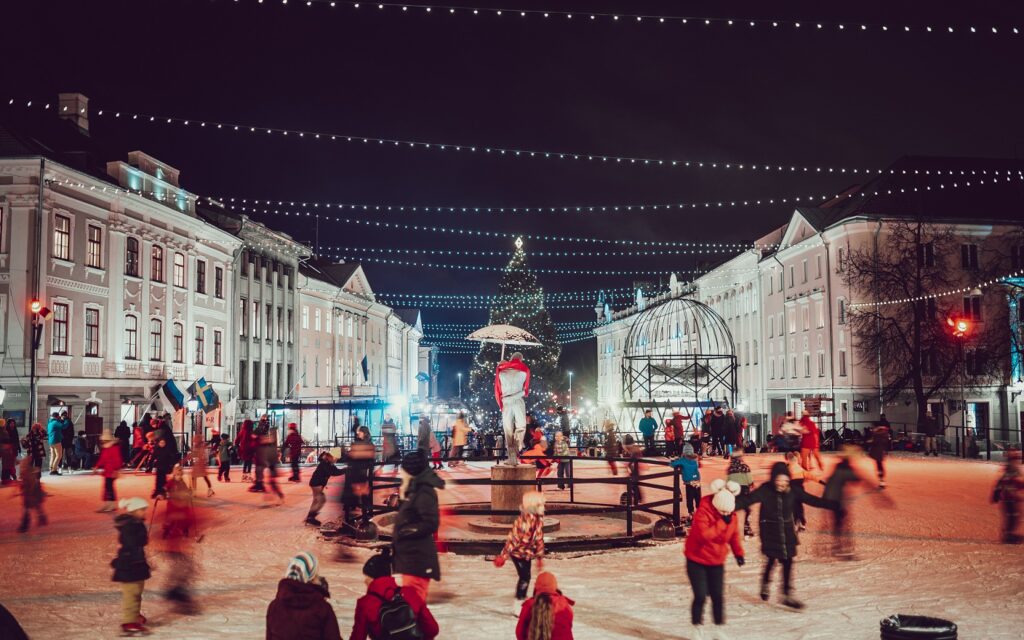